Born Melissa Ann Gorga, Melissa Gorga is an American, television personality, singer, author, businesswoman, and designer. She is a member of the cast of The Real Housewives of New Jersey and joined the show in its third season in 2011. In addition, she is the Executive Director at KultureCity, a nonprofit organization. 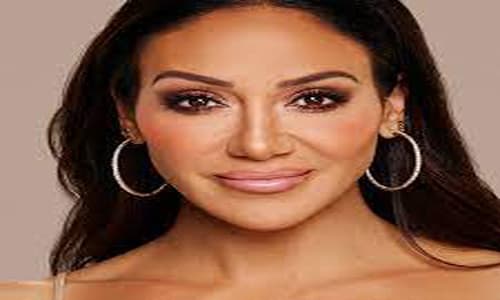 Gorga is happily married to her husband Joe. The Bravo couple tied the knot in 2004. Together, the couple has three children namely Antonia, Gino, and Joey.

The television personality joined BravoTV’s reality television series The Real Housewives of New Jersey as a main cast member in 2011. Moreover, Gorga appeared on the magazine cover of the August issue of Boardwalk Journal. Additionally, the TV personality also appeared in pictorials for Paper and Us Weekly.

Moreover, Melissa also pursued a music career. The singer’s single “On Display” was released on iTunes on August 13, 2011. Additionally, other singles were previewed on several season-four episodes. She issued a four-song EP. Additionally, as of July 5, 2012, Melissa had released two additional singles on iTunes, “How Many Times” (April 29, 2012) and “Rockstar” (released June 10, 2012). Moreover, the singer released her fourth single “I Just Wanna” in September 2012.

However, in January 2016, the singer told E! News that she would not be continuing her music career but expressed interest in returning to music in the future.

Gorga’s book entitled, “Love, Italian Style: The Secret of My Hot and Happy Marriage” was published by St. Martin’s Griffin in 2013.

Additionally, in 2014, she introduced a jewelry line on HSN. Moreover, in late 2015, the television personality opened a clothing boutique called Envy by Melissa Gorga in Montclair, New Jersey, on her husband’s premises. However, due to a dispute with her business partner, Jackie Beard Robinson, the store was temporarily closed in January 2017 and re-opened later that month. Moreover, in December 2017, she was falsely accused of stealing merchandise from Envy and sued by Robinson.

In May 2017, the Gorgas with Teresa Giudice opened a restaurant in East Hanover, New Jersey named Gorga’s Homemade Pasta and Pizza. Moreover, in search of larger space and new management, the restaurant closed in January 2018.

Gorga is a cast member in BravoTV’s reality series The Real Housewives of New Jersey.

Gorga’s net worth is $3 million.