Born in Akron, Ohio, Michael Allio is a business owner and a television reality personality. He is widely known for appearing on Bachelorette season 17 as a contestant, which featured Katie Thurston. He co-founded Allstera, a company that “delivers quality and affordable sanitation consumer products and personal protective equipment.” The entrepreneur also founded a non-profit organization called the L4 Project.

Allio is quite a tall guy. He stands at a height measurement of 6 feet. 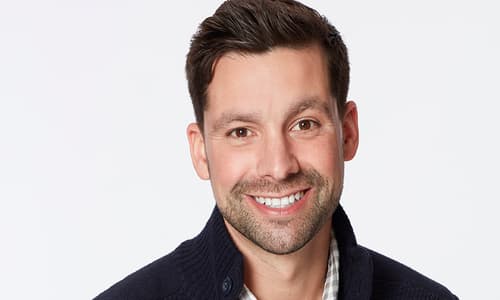 Allio is born to his parents; his father named Mark and his mother named Shelly.  There is no further information about his parents that is publicly available.  He has siblings: a brother named Alexander and a sister named Brynn. The entrepreneur had an older sister named Janet. Janet passed away in April 2011.

Allio was married to his wife Laura Ritter. They met while attending Loyola University in Chicago.  The pair dated and got married in 2012. Unfortunately, his wife passed away in 2019 after a battle with breast cancer. In her honor, Michael founded an organization called The L4  Project. The organization sells garments and gives to non-profit organizations to cater to the needs of individuals living with cancer and their families.

Allio attended Loyola University in Chicago where he graduated with a BBA in Communications and Media Studies.

Allio was one of the contestants of Bachelorette 2021 which featured Katie Thurston. Katie is a native of Lynnwood, Washington and as of 2021, she is 30 years old. She works as a bank marketing manager (as of 2021). Thurston was a contestant of Bachelor season 25 which featured Matt James.

He describes his ideal partner as one who is “compassionate, empathetic, resilient, not easily offended, having witty and self-deprecating humor.”

Other contestants of Bachelorette season 17 include:

Allio works at MASCOT Workwear USA as the Vice President of Sales and Marketing according to his LinkedIn profile. He joined the Company in 2012 and as of 2021, he has worked there for 9 years. His first job after college graduation was that of a sales consultant at Novartis (2006-2012).

Allio has an estimated net worth ranging from $500K to $1 million. He is a business owner and also also a sales and marketing consultant.