Michael Moloney is an American decorator and television personality who rose to prominence as a designer on the reality show Extreme Makeover: Home Edition from 2003 until 2012.

He is also known for his appearances on the TV series Dancing with the Stars, Who Wants to Be a Millionaire, and The Great Christmas Light Fight.

Moloney was born in Palos Verdes, California, on December 14, 1963. He is 57 years old as of 2020 and celebrates his birthday on the 14th of December every year.

Moloney stands about 5 feet 9 inches tall (1.75 meters). He has not, however, given any details about his weight or other physical measures. Nonetheless, we’re keeping an eye on him and will update this post as soon as new information becomes available. 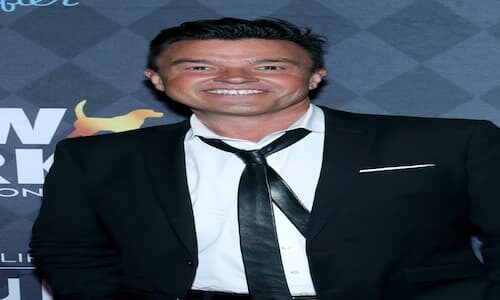 Moloney grew up in Palos Verdes, California, where he was born and raised. He, on the other hand, prefers to keep his personal life private and has not yet revealed the names of his parents or siblings. As soon as new information becomes available, we will share it on this page.

Moloney likes to keep his personal life away from the public. He has managed to keep his love life to himself. Information concerning his marital status is still under review. On the other hand, he likes posting and enjoying life on the beach with his dog Augustus.

Moloney is a private person.  As a result, he has not yet disclosed any information concerning his educational background. We will share this information on the page, as soon as it is available.

From 2003 until 2008, he worked on Extreme Makeover: Home Edition, where he assisted in the creation of gorgeous interiors, and he maintained his design work after leaving the show.

From 2013 to 2014, Moloney served as a judge on ABC’s The Great Christmas Light Fight, a show in which houses compete for the finest Christmas light displays. He now resides in Los Angeles, where he continues to shoot for television series on interior design.

Moloney has an estimated net worth of $3 million. However, his annual salary is currently under review and will soon be updated on the page.