A native of  Woodbury, Minnesota, U.S.A, Michelle Young is widely known for contesting in the 25th season of ABC’s Bachelor, starring Matt James. She was an Elementary school teacher as of 2020.

Young was 27 years old as of 2020. She has not revealed her exact date of birth to the public.  We are keeping tabs on the missing information and once it’s available to us, we shall update you.

Young stands at a height measurement of 5 feet and 9 inches. This is according to her player profile on bradleybraves.com. 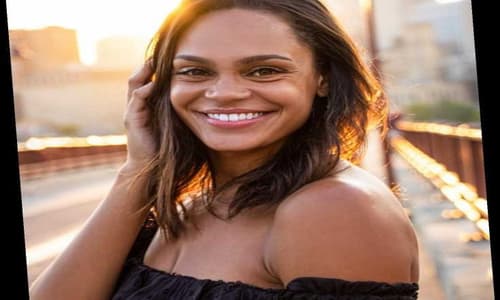 Young studied at Woodbury High School and upon graduation, she joined Bradley University in 2011 where she graduated with a bachelor’s degree in elementary education and teaching. While in high school, she started playing basketball averaging 22.1 points per game as a senior. Moreover, she joined the women’s basketball team while in college, playing in the position of a guard. She played on Division 1 women’s basketball team for Bradley University.

In addition, Michelle has won several awards and honors as a basketball player including

Young is born to LaVonne and Ephraim Young. She has two siblings, Angela and Alex. She was born in St.Louis Park, Minnesota.

Young graduated from Bradley University with a bachelor’s degree in elementary education and teaching. After graduation, she joined Whittier Primary School for five months leaving in December 2015. She then worked in Carver Elementary as a 1st Grade Teacher-LC for around three months.

The teacher started working for Normandale Hills Elementary School in August 2016 as a 5th Grade Teacher. She has been working for the school as of 2020.

Young is a contestant in the 25th season of The Bachelor. The season stars Matt James as the bachelor lead cast and as the first black man to get the lead role in The Bachelor history. Matt James is a 28-year-old real estate broker, an entrepreneur, and the co-founder of a non -profit organization.

Who Received The Final Rose from Matt James?

Reality Steve believes that Michelle will be among the last four finalists of The Bachelor 2021 season. However, the only sure way to know who makes it to the top four and whether Michelle receives the final rose is to watch the show on ABC on Tuesdays.

Michelle Young Net worth and Salary

Through research, we found out that a Minnesota teacher earns an average of $61K per annum. Young, therefore, has an estimated net worth of around $200K. This is in addition to what she earned on appearing on The Bachelor show.

The teacher can only be found on Instagram. She has garnered 2243 followers as of January 2021.