Olukoya is born to a Nigerian father. During the first episode of Bachelorette season 18, he revealed that his parents are divorced. He added that his mother who remarried is now divorced from his step-dad. His dad leaves in Canada.

Olukoya stands at a very tall height measurement of 6 feet and 8 inches. His ABC profile describes him as a  6-foot, eight-inch Adonis of a man. 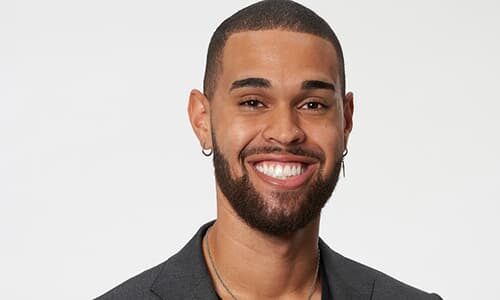 Olukoya has not revealed his past relationship details. He is, however, a contestant of the 18th season of the Bachelorette competing for Michelle Young’s love. His ABC profile states that he does not have trouble meeting women.

Olukoya attended Eastern Washington University and graduated in 2018. According to one of his Instagram posts, he reveals that he graduated with a BA in Business Administration with a minor in Africana Studies. The post also reveals that he financed his university education.

Olukoya is among the contestants of season 18 of The Bachelorette, an ABC reality show. He joins 29 other men who are trying to find love with the lead cast Michelle Young. Michelle is an elementary school teacher from Woodbury, Minnesota. At 28 years old, she is ready to settle down and start a family with the man who will win her heart. She is looking for a superman to her superwoman. A man who is supportive and is ready to make the world a better place. On the other hand, Olukoya is looking for a woman who is “outgoing, spontaneous and has enough swagger of her own to keep up with him. He’s looking for a connection filled with heat and for someone who will be just as passionate about him as he is about her.”  He believes Michelle is that woman for him.

The Bachelorette season 18 premiered on October 19, 2021, on ABC. Olukoya received the first impression rose from Michelle. He shared about his family and marriage in the first episode of the season.

The other contestants of the 18th season of the Bachelorette include:

Olukoya has an estimated net worth of around $300k. He worked as a senior account executive. He earns his income as a sales executive.