NeNe Leakes born Linnethia Monique Leakes is an American businesswoman, rapper, actress, and television personality. In addition, she is a fashion designer, presenter, and author. 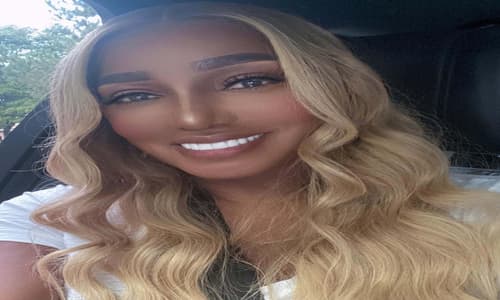 Leakes was born in Queens, New York, United States to her parents. Her father is Chris and her mother Patricia. However, said that she learned the man she spent all her childhood thinking was her father was not her biological father. Moreover, her mother opted to send her and one of her brothers to live with her aunt in Athens, Georgia because she could not be able to raise all her five children. She has four siblings and a half-sister, Kendle Kenya Sherman.

Leakes first married Gregg in 1997. However, the couple had ups and downs and this caused them to divorce in 2011. Ultimately, in 2013, the couple reconciled and remarried. Thye have a son together named Brentt. Moreover, she had a son named Bryson from her previous relationship with her ex-boyfriend Calvin Bryant. Also, she has a granddaughter named Bri’Asia Bryant born in 2012.

However, Gregg has five children from his previous relationship. Twins Damian and Daryl, a daughter named Katrina, and two other sons named Dexter and Denton.

Unfortunately, Gregg passed away on September 1, 2021, after a protracted battle with colon cancer at the age of 66.

The Parkers are  TV shows Leakes appeared on before meeting the producers of The Real Housewives of Atlanta, Leakes. In 2003, in the film, The Fighting Temptations, she landed a minor role as a stripper. However, in the final edit of the movie, none of her scenes were present.

She announced that she would not return to The Real Housewives of Atlanta for its thirteenth season in 2020.

The New Normal and Celebrity Apprentice

Playing the secretary Rocky Roades in the NBC comedy The New Normal, she also transitioned into scripted television. In a recurring role as a synchronized swim coach and Olympic bronze-medalist Coach Roz Washington which she was cast by Ryan Murphy on his Glee in the third season. She was a contestant on the eleventh installment of Donald Trump’s NBC series Celebrity Apprentice in 2011. After arguments with fellow cast member Star Jones, she walked off the show during the tenth episode of Celebrity Apprentice.

On Anderson Live and The Talk, she guest-hosted. Also, in Betty White’s Off Their Rockers and The Price is Right, she appeared. She was announced as one of the celebrities who would compete in the 18th season of Dancing with the stars on March 4, 2014. On April 28, 2014, finishing in 7th place, she was paired with professional dancer, Tony Dovolani. They were eliminated in week 7 of the competition (Latin night).

In Las Vegas for resident show Cirque du Soleil: Zumanity, she played the mistress of Sensuality. She made her Broadway debut as Madame in Rodgers & Hammerstein’s Cinderella on November 25, 2014. Until the production closed on January 3, 2015, she played the role. In Chicago on Broadway for four weeks, she was cast as playing Matron “Mama” Morton in November 2015.

TV Series as Executive producer for I Dream of NeNe: The Wedding