Nick Thune, born Nicholas Ivan Thune is an American musician, actor, and comedian. He has appeared on the series Don’t Trust The B– and Happy Endings.

Thune was born on December 8, 1979. Therefore, he is 41 years old and celebrates his birthday on 8th December every year.

Thune’s height is 6 feet 4 inches (approximately 192 centimeters). However, his weight measurements are currently under review. 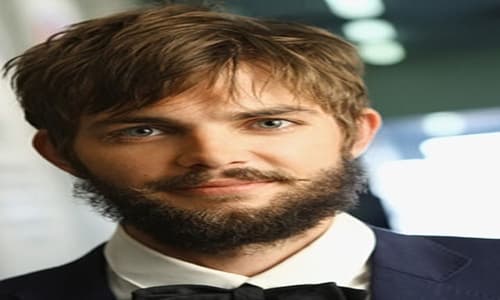 Thune’s parents are Erick (father) and Cindy (mother). Moreover, he has three siblings, a sister, and twin brothers.

On February 24, 2008, Thune married Suzanne Thune. However, he keeps his relationship matters on a low profile. He disclosed that he has a son during an interview with Mashable in December 2016.

In the 2010 NBC pilot for Beach Lane, Thune was a cast starring opposite Matthew Broderick. However, the pilot did not make it as a series. Moreover, in 2011, he made appearances on the comedy programs Happy Endings and Traffic Light. Also, in 2012, he made a guest appearance in Don’t Trust the B— in Apartment 2023.

In 2016, with his creative partner Kevin Parker Flynn, he worked on a piloT, Holy Sh*t. It was a small church avoiding a mega-church takeover in the workplace comedy.

In the movies Knocked Up and Unaccompanied Minors, Thune had small roles. He starred in Dave Made a Maze in 2017 playing the titular character. Moreover, in Sherwin Shilati’s film, People You May Know, he was a star.

Thune’s net worth is between $1 million and $5 million.