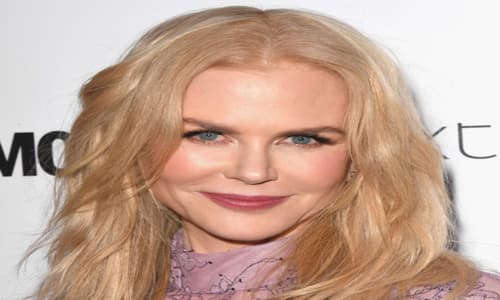 Kidman was born in Honolulu, Hawaii to her parents Janelle Ann (nee Glenny, mother), and Anthony (father). Her mother is a nursing instructor. Moreover, she edited her husband’s book and was a member of the Women’s Electoral Lobby. Her father was a biochemist, author, and clinical psychologist. In addition, she has a younger sister, Antonia who is a TV presenter and journalist.

Kidman was first married to Tom Cruise from 1990 to 2001. The two had two children together namely Isabella Jane and Conor. Later, she got married to Keith Urban in 2006. They are proud parents of two daughters, Faith and Sunday.

Kidman went to Lane Cove Public School and later enrolled at the North Sydney Girl’s High School. In her early years in primary and high school, she showed her talent for acting. She attended the same school as Naomi Watts at the Phillip Street Theatre in Sydney. Later, she took up a drama, mime, and acting in her teens at the Australian Theatre for Young People.

The remake of the Australian holiday season favorite’s Bush Christmas in 1993 was Kidman’s debut in the film industry. BMX Bandits, Windrider, and Shadows Dance were quite a couple of films she did. Moreover, the miniseries Vietnam, Five Mile Creek, and A Country Practice are television series she was seen in.

In the film Emerald City in 1988, she had a supporting role with Panache. She was duly praised by both public and critics for doing complete justice to her role. In addition, in 1989, the release of the film Dead Calm was her big leap in her career. Her role as Rae Ingram brought her international fame and recognition and garnered rave reviews.

The versatile actor gave one hit after the other and there was no looking back for her talent. Her biggest ticket to success in Hollywood was Days of Thunder. The film not only featured in the highest-grossing films of the year but also was her debut in the American film industry. Reveling in the accomplishment, she was enjoying the much-deserved career success. However, she paid utmost attention to her career graph which was escalating upwards, and did not lose focus. In films like Far and Away, My Life, Flirting, and Billy Bathgate, sh gave terrific performances.

Kidman bagged the lead roles for the movies To Die For, and Batman Forever in 1995 which was a super successful year for her. The former won her first Golden Globe award while the latter was the highest-grossing live-action film as of 2011. She was seen playing in the David Hare play, The Blue Room which opened in London hence did not forsake the love for theatre. Her films were receiving much popular and critical acclaim and were fairing well at the box office.

In the film Eyes Wide Shut, she starred and the film gained positive reviews at the opening. However, due to the explicit nature of sex scenes, it was later subject to censorship controversies. She played a mail-order bride in her next venture for the big screen in the British American film, Birthday Girl.

Two of her movies which were entirely different from each other were released in 2001. Thus her versatility was put to test. She played the character of a cabaret actress and courtesan in the musical feat in Moulin Rouge. She had the role of a Catholic mother of two in the film, The Others, a Spanish horror film. Moreover, she attracted much positive response and was commendable in both films.

In Stephen Daldry’s, The Hours’, she featured. She played the role of an author who is suffering from bouts of depression and mental illness. She was bestowed with an Oscar, Golden Globe, and BAFTA as she played the character with so much conviction and excellence. Moreover, she also added to the numerous critics’ awards.

In 2004 and 2005, the escalating super successful fantasy tale of her professional career came to a halt. Her career graph was brought to an all-time low at the box office as Birth, The Interpreter, Bewitched and The Stepford Wives all bombed. In 2006, she was next seen opposite Robert Downey for the film Fur. The actors received positive reviews although the film did not fare exceptionally well at the box office. She was one of the voiceover artists in Happy Feet which was released in the same year.

Her career did not revive with the movies released with her in the lead role. Her acting was notable and earned much praise and acclaim although the 2007 film The Golden Compass and 2008 film Australia earned mixed reviews. She played a brief role in 2009 in the movie Nine. She received a couple of nominations despite the film earning mixed reviews. Additionally, she was seen in a number of movies in 2010.

Appearance at the Commercials

Kidman has been a regular feature in advertisements other than films. She had a three-minute appearance in Channel No. 5 as the face of Channel No. 5.

She was also the face of the International Schweppes advertisement as well as Nintendo’s advertising campaign.

In 1994, she was appointed a goodwill ambassador for UNICEF due to her successfully drawing the attention of the world toward disadvantaged children across the globe

For the fight against breast cancer, she joined hands with Little Tee Campaign.

She was appointed goodwill ambassador of the United Nations Development Fund for Women (UNIFEM) in 2006.

Kidman’s net worth is approximately $250 million.