Nikole Sheri Hannah-Jones is an American investigative journalist. She is well known in the United States for her coverage of civil rights. In addition, she became a staff writer for The New York Times in April 2015. 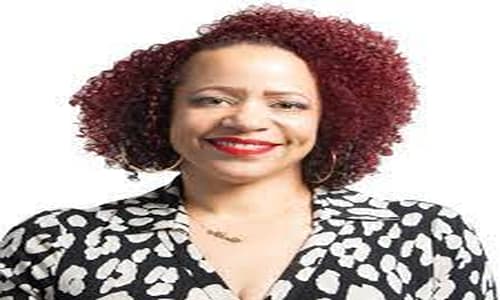 Hannah-Jones’ parents are Milton (father) and Cheryl A. Novotny (mother). She has two sisters and she is the second born.

The investigative journalist is married to Faraji. Together, the couple is proud parents to their one and only daughter, Najya. In addition, she was born in the spring of 2014.

Hannah-Jones went to Waterloo West High School. She graduated in 1994, she wrote for the high school newspaper. Later, she earned a Bachelor of Arts degree in history and African-American studies in 1998 from the University of Notre Dame. In addition, she graduated with a master’s degree in 2003 from the University of North Carolina Hussman School of Journalism and Media.

Nikole’s career began in 2003 covering the education sector. She held this position for three years, for the Raleigh News & Observer, which included the predominantly African Durham Public Schools.

In 2006, she moved to Portland, Oregon. For six years, she wrote for The Oregonian. She covered an enterprise assignment all through this time. She did feature work, the demographics beat, and the government & census beats.

In 2007, she wrote about the impact on the community for the National Advisory Commission on Civil Disorders. Also known as the Kerner Commission and the article was to commemorate the 40th anniversary of the 1965 Watts Riots.

Moreover, from 2008 to 2009, she received a fellowship from the Institute for Advanced Journalism Studies. This enabled her to study universal healthcare and Cuba’s educational system under Raul Castro after traveling to Cuba.

In 2011, she became part of the nonprofit news organization ProPublica group (NNOP) based in New York City.

Moreover, she continued research she started in Oregon on redlining and in-depth investigative and also covered civil rights. On the Fair Housing Act for minorities, she reported on the lack of enforcement. The effects of Brown v. Board of Education had less effect in Tuscaloosa, Alabama where she spent time in.

In addition, in 2005, she became a staff reporter for The New York Times. On topics such as racial segregation, desegregation, and resegregation in American schools, and housing discrimination she is recognized as an authority. She has spoken on these issues on national public radio broadcasts.

Systemic and Institutional racism portrayed by official laws and acts are topics she writes, discovers, and exposes. In various different distributions, her accounts have been cited as being especially significant with respect to race relations.

Furthermore, she is working on a book on school segregation and is a 2017 Emerson Fellow at New America Foundation. This was released in 2020 from Chris Jackson’s One World imprint at Random House.

Additionally, she is a winner of the MacArthur Foundation, ‘Genius Award’ a 2017 award winner. Also, she is a Fellow member of the New America Foundation group of 2017.

Hannah-Jones net worth is $3 million.