A Chicago, Illinois native, Rachel Recchia is a television personality and a commercial pilot and flight instructor in Florida. She is one of the contestants in The Bachelor season 26 starring Clayton Echard.

The bachelor contestant was born on March 8, 1996. Therefore, she is 25 years old as of 2021 and celebrates her birthday on 8th March every year. 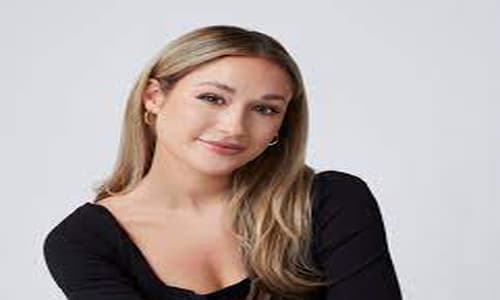 The talented television personality was born in Chicago, Illinois to her parents. Her father’s name is Tony whereas her mother’s name is Mary Anne. The television personality holds American nationality. In addition, her father is in the Republican party whereas her mother works as a paraprofessional aide for childhood development at Huntley Community. However, details about her siblings are currently not available to the public.

Recchia is a flight instructor. Unsurprisingly, she often posts videos of her piloting planes on Instagram and posts about her exploits. Her job is explicit of her brand. Also, she posts selfies of her in the cockpit and candid photos of her steering through the sky in her handle “pilot.rachel.” Additionally, she showcases her adventures playing with elephants in Thailand, wandering the countryside villas of Nothern Italy, floating through the canals of Venice as well as flying over the rushing waters of Niagara Falls.

Moreover, she is a former cheerleader at Ohio University.

The Bachelor’s season 26 might work in Rachel’s favor due to the fact that it is returning to international travel. In addition, she loves to travel like virtually every other person who has appeared on The Bachelor. Given that she seems to like spending more time in the air than on the ground, it is not a surprise.

Recchia is looking for a true “co-pilot” and travel partner who is as playful, spontaneous, and passionate as she is according to her ABC bio. Moreover, she adds that her partner should be empathetic and nurturing to her, to family, and especially to waiters being respectful in all facets of life. Ultimately, she wants to find crazy insane love. Additionally, the love makes sense to no one else but her and her soul mate.