Rachel Anne Zegler, a New Jersey native is an American actress, singer, and YouTuber. She portrays Maria Vasquez, the lead role in the upcoming film adaptation of West Side Story. It is scheduled to be released in theaters on December 10, 2021, directed by Steven Spielberg. 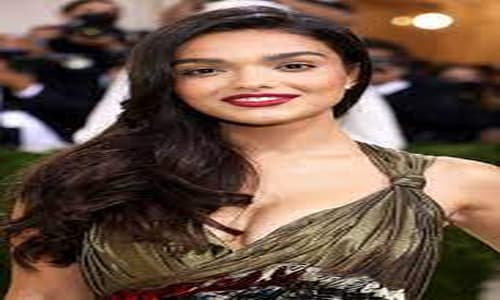 Zegler was born to her parents Craig and Gina at the Hackensack University Medical Center, Clifton, New Jersey. Her father works in construction. Moreover, she has an older sister, Jacqueline, who is a journalist as well as a photographer.

Zegler enrolled at the Catholic all-girls college preparatory Immaculate Conception High School. Additionally, all four years, she starred in the school’s musical. In 2016 in Beauty and Beast she played Belle whereas in 2017 The Little Mermaid she played Ariel. In addition, in 2018 42nd Street she had the role of Dorothy Brock, and in 2019 Shrek the Musical she had the role of Princess Fiona.

Zegler was 16 years when she responded to the casting call tweets of director Steven Spielberg for the remake of West Side Story. Spielberg had in January 2018 posted an open casting call via Twitter for a film remake. In her videos, she was singing Tonight and I Feel Pretty. However, from over 30,000 applicants, she was selected for the role of Maria. Additionally, she performed the role at the Bergen Performing Arts Center.

Moreover, her YouTube Channel has received attention and has been active since July 2015. Her 2020 video singing Shallow from A Star is Born has garnered over 11 million views on Twitter. In addition, she signed with ICM Partners in January 2020.

Furthermore, it was announced in February 2021 that she joined the cast of the 2023 film Shazam! Fury of the Gods. She will play a mysterious key role as written by Variety’s Angelique Jackson. Moreover, according to Angelique, Zegler is the second Colombian American to be in a DC superhero project. In addition, she was cast as Snow White in a live-action adaptation of the Disney animated film in June 2021.

2021 (1). Now we’re talking (with Drew Gasparini) as Herself
(2) Very Really Good as Herself
(3) Princess of South Beach as Maria del Carmen/Gloria Calderon