Baderinwa co-anchors the weekday 5 p.m. and 11 p.m. editions of Eyewitness News with Bill Ritter.  In addition, she previously co-anchored alongside Diana Williams at 5 p.m. 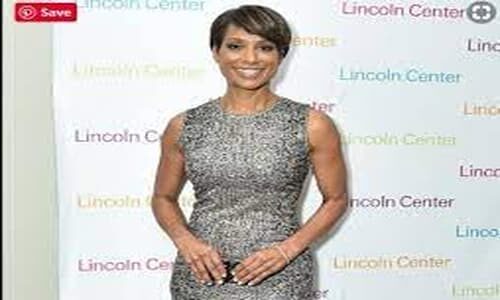 Baderinwa was born to a Nigerian (Yoruba) and a German mother. Her first name, “Folasade”, means “Honor confers a crown”. She was abandoned at a young age and was adopted by a middle-class African American family. Additionally, the journalist has maintained contact with her biological father who resides in Nigeria, as well as with her adoptive family.

Baderinwa has been very private about her dating life. As of now, she is assumed to be single. Nevertheless, we will provide more information when it is available.

In 2003, Baderinwa joined WABC after a stint in her hometown of Baltimore, Maryland, where she anchored the news on WBAL-TV for nearly three years. She replaced Roz Abrams.  In addition, Abrams left WABC in 2003 to take over the 5 and 11 p.m. anchor duties at WCBS-TV.

Baderinwa was struck by a hit and run driver on July 23, 2004, while preparing a report on a location in Hackensack, New Jersey about local flooding. She underwent multiple surgeries. The journalist, later returned to Eyewitness News on December 13, 2004, after months of recovery and physical therapy.

She was the anchor of the noon broadcasts before being promoted to 5 p.m. with Diana Williams.  Also, she has appeared on The View as a guest co-host on October 27, 2006.

Baderinwa became the co-anchor of the 11 p.m. news with Bill Ritter, replacing Liz Cho, who left that slot to anchor the new WABC 4 p.m newscast. Additionally, she continues to anchor the 5 p.m. and 11 p.m. news.

Sade Baderinwa salary and Net Worth

Baderinwa’s salary is rumored to be at $1 million annually and her net worth is at $5 million.