Samuel Rauda is a celebrity makeup artist born in the United States of America. Some of his celebrity clients include Kylie Jenner, Chrissy Teigen, Amelia Hamlin, Bebe Rexha, Nikita Dragon, and others. Rauda was involved in a car incident in March 2021. From the accident, he suffered internal bleeding and eight brain injuries. He underwent successful surgery and is now on road to recovery. 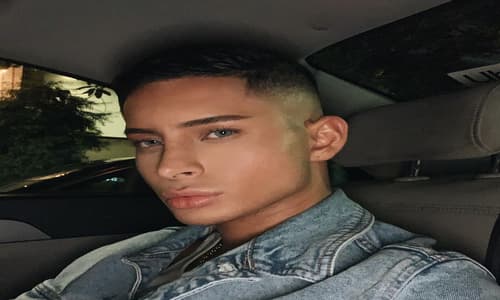 Rauda was born in Houston, Texas, USA. He is American by nationality. There is no information publicly available about his parents or siblings. Once we have a credible source on this missing information, we shall update you.

Rauda is a celebrity makeup artist. He has worked with celebrities like Kylie Jenner, Amelia Hamlin, Chrissy Teigen, Nikita Dragon, Bella Thorne, Bebe Rexha, and Erika Jayne among others.

The makeup artist has a Youtube channel, “Makeup By Samuel” that shows behind-the-scenes looks at his various photoshoots and sessions with clients.

Rauda was involved in a serious car accident in which he had been thrown from a moving vehicle. The makeup artist suffered internal bleeding and eight brain injuries after hitting his head on the pavement. Samuel’s friend, known as La Demi on Youtube, revealed what had happened to Rauda on his Instagram stories and shared a GoFundMe link. La Demi on his Insta stories wrote: “This weekend @makeupbysamuelwent into brain surgery and still in the hospital on a road towards a very long recovery. An awful accident happened & he flew off a moving vehicle crushing his head into the pavement suffering from internal bleeding and 8 different injuries to his brain. The surgery went well and now we are all just waiting for when Sam wakes.”

On his GoFundMe, Samuel’s family added: “Sam underwent major surgery on Sunday, 3/14/21. He has a long road to recovery ahead of him. I know he is loved by many. Your donations will help cover the cost of his medical expenses and whats to come. Please know that a donation of any amount is greatly appreciated. The Lord bless you abundantly!”

Kylie Jenner was one of his clients who took it to her social media (Instagram) to offer support for him. In her Insta stories, she wrote: “may god watch over you and protect you @makeupbysamuel everyone take a moment to say a prayer for sam who got into an accident this past weekend. and swipe up to visit his family’s GoFundMe.”

Rauda has an estimated net worth of $1.5 million- $5.5 million according to Idol Celebs.  Celeb Net Worth Info quotes his net worth at about $100 million to $103 million citing Wikipedia, Forbes, and Imd as its source. Samuel earns his income as a makeup artist of celebrity clients.