Steven Romo is a news anchor and correspondent. Currently, he is working for NBC News, MSNBC, and NBC News Now based in New York City.

Romo was born in 1987. Therefore, the journalist is 34 years old as of 2021. However, his exact year, month, and date of birth are currently under review.

Romo’s height is 5 feet 7 inches (approximately 170 centimeters). However, the journalist’s weight and other body measurements are currently under review. 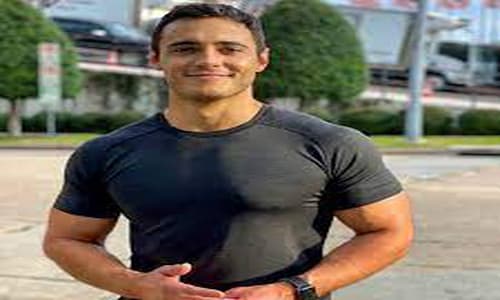 Romo was born in Dallas, Texas, the United States to his parents. Moreover, his mother worked intermittently at grocery stores whereas his father was a big truck rig truck driver. He became a mental and physical health advocate due to his mother’s mental health. Unfortunately, his mother died at the age of 43 years while he was still in college. However, it is not known whether he has any siblings.

In July 2021, Romo announced his engagement to Fox Weather meteorologist Stephen Morgan. The pair began dating after meeting in Houston while covering Hurricane Harvey. However, they have not announced their wedding date and location.

Romo wrote for the student-run newspaper, The Battalion at Texas A&M University. However, his qualifications details are currently under review hence we will update this section as soon as they are publicly out.

Romo got his start in journalism where he wrote for the student-run newspaper, The Battalion while attending Texas A&M University. Moreover, he joined KTRK Channel 13 in Houston in 2016. In 2018, he became an anchor for the station. However, in 2021, he turned down a primary anchor role at KTRK so he could move to New York City with his fiance. He announced that he would begin working for NBC News a short time later.

Moreover, before making the move to NBC, he spent five years with the Disney-owned ABC station in Houston. Also, he appeared on ABC News national platforms during that time. Moreover, in 2019, he appeared on Good Morning America.

In addition to his work as a news anchor, he began writing for HuffPost in 2019.

His career began working at television stations across Texas. In addition, he worked as an evening anchor in Tulsa prior to moving to Houston in 2016. Covering the 2015 Oklahoma State University homecoming parade crash while reporting in Oklahoma, he was nominated for two Emmy Awards for his work.

For Dani Shapiro’s Family Secrets Podcast season three, he was interviewed. Moreover, in 2020, the Episode Bug Dust was released.

The Daily Mirror, The Hill (newspaper) as well as Cosmopolitan (magazine) are some platforms where his views on a variety of topics have appeared in.