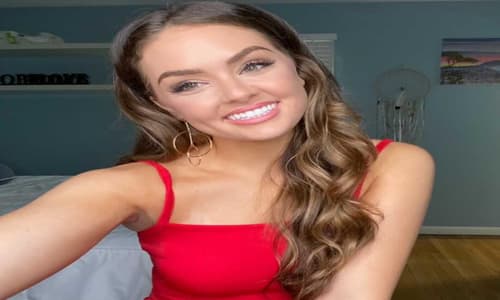 Evans was born in the United Kingdom to her parents. Her father’s name is Tom whereas her mother is  Jean Beans. From the College of DuPage in 1980, her mother earned a bachelor’s degree in special education. Moreover, from Eastern Illinois University, she graduated with a BS in Special Education and Teaching in 1982. However, she is currently employed as a real estate agent. Furthermore, her father has worked as a sales manager for Hayward Pool Products. In addition, she has two siblings, a brother, and a sister. Her brother’s name is Tommy, a Realtor with Re/Max Capital since July 2018. Her sister is Barbara A. Moreover, Tommy is married to Shelby Metzer.

Evans attended Pocosan High School. In 2014, Susie graduated from Lindenwood University with a Bachelors’s degree in Film Arts and a minor in communication. Later, she received a full-tuition scholarship and graduated with a Bachelor of Digital Cinema Arts. Moreover, in Williamsburg, Virginia, she was also the program manager for Snow Comanies LLC.

The vivacious pageant winner introduces herself in her Instagram bio as ‘Never doing what I’m supposed to”. She has done her best to stand out in her home state, Virginia Beach, Virginia for a decade. Additionally, she made the case that she was ready to win the national contest because she could ‘take on an adventure that’s put in front of her’ when she became Miss Virginia Teen USA in 2011. Moreover, she hopes to work as a documentary filmmaker one day.

Ultimately, she won the crown at the Miss Virginia USA 2020 as she continued doing pageants. She said on her Pageant Planet page that she always wanted to be a performer but had terrible stage fright growing up. This helped her gain confidence onstage.

According to her ABC bio, she said being a Brazilian jiu-jitsu champ is one of her greatest passions. Moreover, she has interned and volunteered for Big Brothers and Big Sisters of America according to her LinkedIn.

Evans works as a videographer in her own company named Susie Evans Media. She started the business to really incorporate her love and passion for advocacy into her video projects. Moreover, she started to use her film and video production skills to empower women and create powerful stories that would make an impact. She records weddings and other special events.

Furthermore, she is a fitness coach for a company that offers pageant prep and “individualized body sculpting for stage and performance training athletics” called Bobby By Craig.

Moreover, she spent a couple of years in Tokyo in what she’s called a “magical” job where she performed as various Disney princesses at Tokyo Disneyland hence she hasn’t only worked stateside.

Evans describes herself as lovable, loyal, and patient. Moreover, she is a small-town girl with a huge personality and is here to find a man who can keep up with her in all aspects of life. In addition, she is looking for a man who will not waste time playing sports and with confidence. She wants someone who encourages her to achieve the goals set for herself due to the fact that she values her independence. Above all, for the gem that she is, she wants to be able to find herself with a man who will cherish and respect her.

She keeps her Christmas tree all year because she loves Christmas so much.
She casts a spell who is not interested in dating a man and is also obsessed with zoos.