A native of San Diego, California, Thomas Jacobs is a real estate agent and a television reality star who is widely known for appearing on Bachelorette season 17, which featured Katie Thurston. He is a member of Champions One Reality.

Jacobs is very tall. He stands at a height measurement of 6 feet and 6 inches according to his basketball profile at the University of San Diego. He played basketball during his college years. 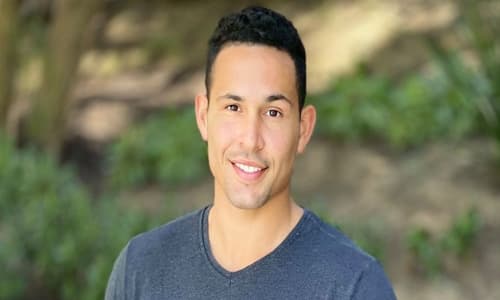 Jacobs is born to his parents; Lee, his father, and Lisa Jacobs, his mother. Some online sources report that he was born in a military family. He has three siblings; brothers named Kyle and Brent, and a sister named Kendall.

Jacobs is currently (June 2021) single. There are no details of his past relationships/ ex-girlfriends since he has kept that part of his life private. He was among the many contestants who appeared on Katie Thurston’s Bachelorette season, looking to win her heart.

Jacobs was one of the contestants of ABC’s dating reality series Bachelorette season 17 which featured Katie Thurston. Katie is a 30-year-old (2021) bank marketing manager from Lynnwood, Washington, USA. She was a contestant of Bachelor season 25, which starred Matt James.

According to his ABC bio, Thomas described his ideal partner. The bio reads that: His dream is a beautiful woman, athletic, mature, and ready to be his partner for life.” He also adds that he would love an ambitious and thoughtful woman.

Other contestants of Katie Thurston’s bachelorette season include:

Jacobs works as a real estate broker according to his ABC profile. He is a member of the San Diego Association of Realtors. He also earned a place in the Circle of Excellence.

Jacobs has an estimated net worth that ranges from $400K to $800K.  He has accumulated his fortune through h.is career as a real estate agent.