A Como, North Carolina native, Tobias Hill is a choir teacher, singer, songwriter, composer, arranger, and musician. He is best known for contesting in the 20th season of ABC’s reality singing show American Idol. In addition, he uses the stage name, Prince TCH.

Hill is 26 years old as of 2022. However, the singer has not disclosed his exact date and month of birth thus it is not known when he celebrates his birthday. 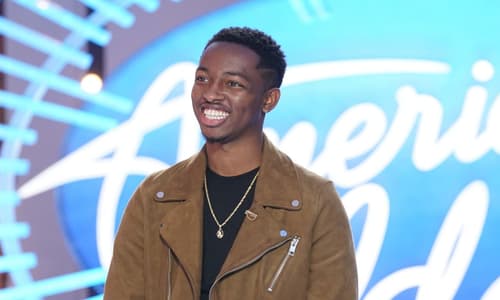 Hill was born in Como, North Carolina to his parents Brenda (mother) and Tyris (father). The talented singer says he grew up in a musical household and credits his parents and grandparents for teaching him the basics.

Hill has kept his personal life under lowkey thus it is not clear if the singer has a girlfriend or not. Moreover, the singer-songwriter has also not been linked to any romantic relationship by other online sources.

Hill is currently a middle school chorus teacher for Southampton County Public School System. In addition, the 26-year-old is a music director at Celebration Church in Franklin. Moreover, the Como native is known to play multiple instruments like piano, drums, keyboard, and guitar. Tobias describes himself as “humble and hungry”. In addition, he has a stage name, Prince TCH.

In addition, Tobias had worked as an office assistant for five years and as a church musician for 10 years. Moreover, specializing in R&B, Jazz, and gospel, Prince TCH has a mission to uplift people through his music. In addition, in 2018, the North Carolina singer released his five-song EP titled Love and Hate.

Furthermore, Hill is the creator of Make a Difference Artists Showcase, a platform that provides budding artists and musicians the required promotion to go big in their careers. Moreover, the singer-songwriter drives massive inspiration from Tank, Stevie Wonder, and Brian McKnight.

Hill is a contestant of the 20th season of ABC’s singing reality show American Idol. The show’s judges are Katy Perry, Lionel Richie, and Luke Bryan. It premiered on February 27, 2022, on ABC. The North Carolina native, Hill, audition was aired on March 21, 2022, in the fifth audition of the season.

Moreover, the singer-songwriter performed a rendition of Knocks Me Off My Feet by Stevie Wonder for his audition. He got three yeses earning a Golden Ticket to Hollywood week.

Hill is active on Instagram under the handle @princetch with over 20k followers as of March 2022.