Todd Anthony Bridges is an American actor. He is best known for portraying Willis Jackson on the sitcom Diff’rent Strokes and had a recurring role as Monk on the sitcom Everybody Hates Chris. In addition, from 2008 to 2013, he worked as a commentator on the television series TruTV Presents: World’s Dumbest. He is the last surviving actor of Diff’rent Strokes. 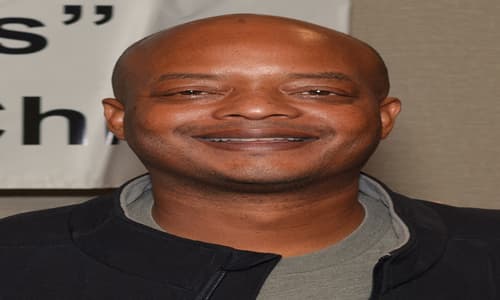 Bridges was born in San Francisco, California, the U.S. to her parents Betty Alice Pryor (mother) and James Bridges Sr. (father). The actor’s mother is an actress, director, and manager whereas his father is a talent agent. In addition, he has a brother named Jimmy who is also an actor. Also, his niece Brooke is an actor too.

The actor was married to his actress wife Dori for 14 years before they decided to call it quits and file for divorce. Together, the couple shares a son, Spencir. Additionally, he has a daughter, Bo J. Rushing from a previous relationship.

After completing his education at Hollywood Professional School, the actor started his acting career immediately. Moreover, Todd became famous after playing the role of Willis Jackson on the sitcom Diff’rent Strokes. Also, on the sitcom Everybody Hates Chris, he had a recurring role as Monk.

The actor appeared on The Waltons, Little House on the Prairie, and the landmark miniseries Roots. In the Barney Miller spinoff Fish, he was a regular. Moreover, he played Willis Jackson on the long-running NBC sitcom Diff’rent Strokes making him a household name. He became the last surviving original cast member with Rae’s death in 2018.

Moreover, the actor appeared in the 2002 special Celebrity Boxing with friend Vanilla Ice, who he defeated. However, he appeared as a contestant on a celebrity episode of Fear Factor in 2006 but was eliminated after the first stunt. Additionally, he was eliminated on the second episode of the show Skating with Celebrities the same year because he was using roller skates instead of ice skates. He appeared as a member of the ‘mob’ on the US version of the game show 1 vs. 100, in January 2007. Moreover, on November 14, 2007, the actor and his wife Dori appeared in an episode of the MyNetworkTV show Decision House titled ‘Burned Bridges’. Additionally, in the UPN/The CW sitcom, he had a recurring role.

The actor appeared on TruTV Presents: Wolrd’s Dumbest… in March 2008 and continued to appear as a frequent commentator. He debuted as one of the contestants on The CMT Network on Hulk Hogan’s Celebrity Championship Wrestling. The actor was also a member of Team Beefcake.

Furthermore, in 2022, the actor was announced as a HouseGuest competing on the third season of Celebrity Big Brother.

The actor has appeared in a few music videos including Change Your Wicked Ways, We vAre All Made of Stars, and Howlin’ for You.