Born Thomas James Foreman, Tom Foreman is an American broadcast journalist for CNN. His experience in CNN spans more than three decades and is an award-winning journalist. He began at WSFA in Montgomery, Alabama as a local television reporter. In addition, he continued on to work in New Orleans, Louisiana for the CBS affiliate WWL-TV.

Foreman was born on December 6, 1959. Therefore, he is 62 years old as of 2021 and celebrates his birthday on 6th December every year. 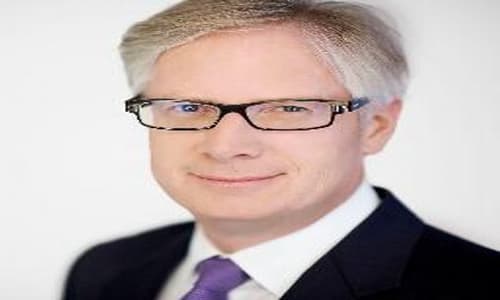 It is not clear whether he has siblings or not as he has managed to keep his parents and family out of the limelight.

In 1986, Foreman got married to Linda, a pharmacist from New Jersey. Coincidentally, the couple shares the same birthday. In addition, he has two daughters namely, Veronica (Ronnie) and Alison (Ali). His first-born daughter graduated from Georgia Institute of Technology with a Bachelor of Science degree in Aerospace Engineering. Moreover, his second-born daughter is an entertainment reporter at Mashable and graduated from the Georgia Institute of Technology.

While still in high school, Foreman began his career at a small radio station in Alabama. Moreover, he worked for WSFA in Montgomery Alabama after college. He later worked for WWL-TV in New Orleans, La. Later, for 10 years, he worked as a roving reporter for ABC News from its Denver bureau. He relocated to Washington in 2000 to become the senior anchor for National Geographic and managing editor for Inside Base Camp. For this, he won his second Emmy Award as the best interviewer.

Moreover, in 2004, he joined CNN in the network’s Washington, D.C. bureau. He reports for programs across the spectrum and has covered a wide range of topics for the network from the Situation Room with Wolf Blitzer to Anderson Cooper 360. Additionally, by playing a key role in the development of an immersive 3-D Virtual Studio, he has ventured much of CNN’s work into new media.

Furthermore, he has traveled to more than twenty countries and to all 50 U.S. states to report on CNN’s America’s Choice 2016 presidential campaign cycle. Moreover, he has reported on the Paris terror attacks, the aftermath of Hurricane Katrina as well as the disappearance of passenger plane MH370. In 2013, he and the fact-checking were awarded the Walter Cronkite/Brooks Jackson Award and he is the network’s fact-checking initiative leader.

In addition, he has penned over 1400 open letters to President Obama on CNN.com and also writes a weekly newspaper column. Moreover, on New Year’s Eve, he anchors CNN’s year-in-review show. Frequently competing in races of 50 miles or more, he is an avid ultra-marathoner. Most recently, he wrote about three marathons and one 55-mile race in his book My Year of Running Dangerously as well as his journey through four half-marathons.

2005 – National Headliner Award for the American soldier who brought the Christmas spirit to a Luxembourg town during World War II feature.

Additionally, for Fact-Checking Political Messages, he is the inaugural winner of the Cronkite/Jackson Prize.