Tom Koch is a renowned American news anchor and reporter at ABC13. He has anchored the top ratedABC13 morning news for almost 30 years and the top-rated 4 p.m. news for almost eight years. He worked as a reporter and anchor at WAE0-TV in Rhinelander, Wisconsin, and WBAY-TV in Green Bay, Wisconsin prior to joining ABC13.

Koch’s height is 5 feet 7 inches (approximately 170 centimeters). However, the journalist’s other body measurements and weight are currently under review. 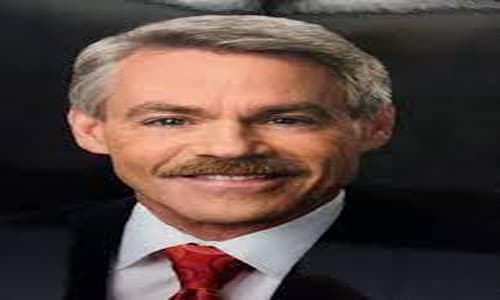 The anchor likes to keep his personal life under the low key. Therefore, information about his parents and if he has any siblings is currently unavailable.

Koch is happily married to a former columnist and reporter for KSAT-TV, Brenda. The couple met on a TV channel in Green Bay and they previously worked at WBAT TV. In addition, the couple is blessed with two beautiful daughters namely Chelsea and Emily.

The anchor’s Texas reporting has enabled him to migrate from Houston City Hal to NASA and the State Legislature. He has covered a dozen national political conventions and trailed at least ten hurricanes across the Gulf coast. Moreover, the anchor’s international reports range from the earthquakes in Central America and to American astronauts launching into space from Kazakhstan to the Vatican new popes election to the former Soviet Republic of Azerbaijan 90s oil boom.

In addition, the annual Galveston Mardi Gras Parade, the Fourth of July Celebration Concert, and Fireworks are some of the station’s live special events he has reported. Moreover, he has reported Houston Symphony concerts at Miller Outdoor Theater, the Houston Marathon as well as the Houston Livestock and Rodeo Parade.

Furthermore, he is a sought-after auctioneer and emcee for countless charities. They include; the American Diabetes Association, M.D. Anderson’s Children’s Art Project, Men of Distinction, and the Houston Symphony. Besides, he is currently on the board of Casa de Esperanza, the Center for Hearing and Speech, and the Nature Discovery Center and has also served on several boards.

Moreover, he joined KTRK-TV as a reporter in 1982 and later became a morning news anchor in 1987. He went to the University of Wisconsin and graduated focussing on communications and business. Additionally, by hosting a weekly television show, he started his broadcast career in college. Moreover, his interview with musician Charlie Daniels was his first.

Koch currently works alongside other famous ABC13 anchors and reporters including;

Koch announced ON February 1, 200 that he will be retiring and he will anchor his final newscast at the end of May. After nearly four decades with the station, he retired from ABC13 in May 2021.