Tyne Daly born Ellen Tyne Daly is an American actress. For her television work, she has won six Emmy Awards and a Tony Award. In addition, she is also a 2011 American Theatre Hall of Fame inductee. She made her Broadway debut in the play That Summer-That Fall in 1967 as she began her career on stage in summer stock in New York. 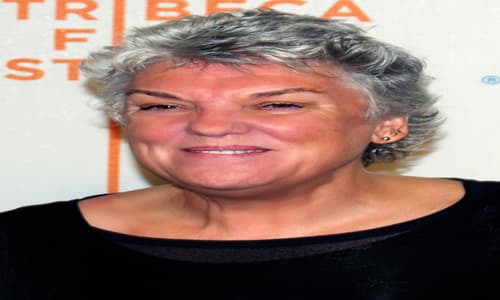 Daly was born in Madison, Wisconsin to James (father) and Mary Hope (mother, nee Newell). Both her parents were actors and the family lived in Westchester County, New York. Moreover, she has three siblings, a younger brother named Tim and two sisters named Mary Glynn and Pegeen Michael.

Daly married Georg Stanford Brown in 1966. However, the couple separated in 1990. In addition, they have three daughters. Kathryne Dora Brown, Alisabeth, and Alyxandra are their daughters’ names.

At the age of 15, Daly earned her Equity Card. Cagney & Lacey, The Enforcer, and Judging Amy brought her into the limelight. In addition, on her brother’s Tim Daly series Wings, she guest-starred. Most of her recent plays are Me, Myself & I, Love, Loss, What I Wore, It Shoulda Been You, Master Class, and Rabbit Hole having spent a number of years on Broadway. She won the 1990 Tony Award for Best Actress in a Musical when she starred in the Broadway revival of Gypsy.

She performed a cabaret act in SecondTime Around in addition to the theatre in 2010. In addition, she starred in a Lifetime Movie titled Undercover Christmas in 2003. The Enforcer, The Adulteress, John and Mary, Angel Unchained, and the movie adaptation of Play It Lays are some of the movies she appeared on. She has been upfront about the importance of maintaining a natural appearance as she gets older and is well known for being a feminist role model.

1954 – Foreign Intrigue as Girl
1968 – General Hospital as Caroline Beale, The Virginian as Faith Bradbury
1969 – Judd, for the Defense as Sandy Jamieson, CBS Playhouse as Sarah, The Mod Squad as Dolores Abernathy
1970 – The New People as Kathy, Ironside as Joanna Leigh, Medical Center as Jennifer Lochner
1971 – In Search of America as Anne, A Howling in the Woods as Sally Brixton, Longstreet as Marcella
1972 – Heat of Anger as Jean Carson, Mod Squad as Prudence Gordon
1973 – Medical Center as April, Ghost Story as Anna Freeman, Hawkins as Ellen Hamilton
1974 – Larry as Nancy Hackworth, The Rookies as Lucille Baker, Doc Elliot as Beth Ann Blackner

Daly’s net worth ranges between $6 million and $8 million.