Wendy Schaal is an American actress. She is best known for her work in Joe Dante films such as Innerspace, Small Soldiers, and The ‘Burbs. In addition, her other film credits include starring in films such as Creature, Going Under, Munchie as well as Where the Boys Are ’84. 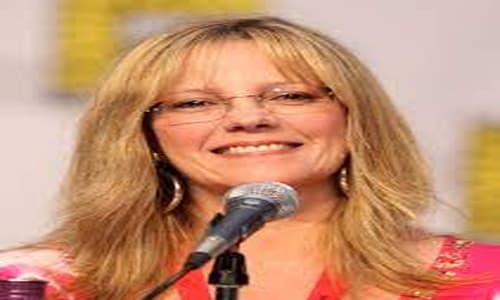 Schaal was born in Chicago, Illinois to her parents Lois (nee Treacy, Mother) and Richard (father). Moreover, she is actress Valerie Harper’s former stepdaughter. However, she lived with her parents in Crete, Illinois until she was five then moved with her mother to Newport Beach, California after her parents divorced. Unfortunately, her father died November 4, 2014, in Woodland Hills, Los Angeles aged 86.

At the age of 23, Schaal married Stephen M. Schwartz in 1977. For more than ten years the couple lived together. Moreover, they attended various media events. Such as the pre-release party of the movie ‘Where the Boys Are (1984) in which the actress played a girl named Sandra Roxbury. Together the couple has two sons namely Adam and Victor. However, they divorced in October 1987 though they tried hard to keep their marriage. Moreover, she keeps lowkey hence there’s no information about her other affairs.

The actress earned an Associate of Arts degree from Los Angeles City College, acting and working in set construction. Additionally, she began to work on television after she attended an acting workshop led by her father.

The actress’s early work on television included roles on Little House on the Prairie, Rhoda, Phyllis, Fish, Welcome Back, Kotter. Moreover, she joined the cast of the ABC-TV series Fantasy Island, portraying Julie, the niece of the program’s central character, Mr. Roark in 1981.

Additionally, Schaal has had other roles on TV including Debbie Pepper in Good Grief, Vickie Allen in It’s a Living, Liz Dooley in Nearly Departed, and Bonnie Hornback in AfterMASH. Moreover, in the cartoon series American Dad!, she provides the voice of Francine Smith.

Schaal’s net worth is $6 million.