Yara Sayeh Shahidi is an American actress, activist, and model best known for her starring role as the oldest daughter Zoey Johnson on the sitcom Black-ish and its spin-off series Grown-ish. Imagine That, Smallfoot, and the lead role in The Sun is Also a Star are her film credits. 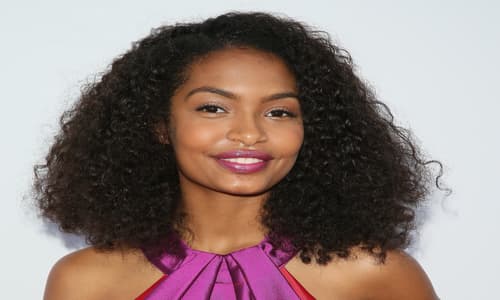 The actress was born in Minneapolis, Minnesota to her parents Keri Salter(mother) and Afshin (father). Her father is Iranian whereas her mother is of mixed African American and Native Choctaw heritage. In addition, she is an actor and model Sayeed Shahidi’s older sister. Moreover, they have a younger brother named Ehsan, and rapper Nas is their cousin.

Additionally, her name Yara means someone who is close to your heart in Persian, Sayeed means Blessing, Ehsan means to act as though God is watching as their mother Keri states.

The Grown-ish actress is very private when it comes to her love life and has said little about it. Shahidi told The Root that she wanted someone with great taste in music and podcasts because she needed recommendations. However, some fans of the show want her to date Trevor Jackson, her co-star, her on-again-off-again boyfriend on Grown-ish despite the actress wanting to prioritize her career.

In 2017, Shahidi graduated from Dwight Global Online School. Moreover, she began college at Havard University starting 2018 with a plan to major in interdisciplinary Sociology and African American Studies.

The actress began her career when she was 6 years old appearing in television commercials and print advertisements for companies such as McDonald’s, Target, Ralph Lauren, Gapkids, Guess Kids, Disney, and The Children’s Place. Additionally, in various print and broadcast campaigns, she frequently worked with her mother and younger brother.

In addition, starring opposite Eddie Murphy in Paramount Pictures’ Imagine That, she made her cinematic debut in 2009. For this, she received a Young Artist nomination for the best performance in a feature film category. Moreover, she also appeared in the action film Salt in 2010 as a next-door neighbor. Similarly, she played Chloe Johnson, the daughter of President William Johnson in the TV series The First Family in 2012.

Moreover, she began her role in ABC’s primetime comedy Black-ish as 14-year-old Zoey Johnson starting September 2014. Furthermore, she won an NAACP Image Award in the category of Best Supporting Actress in a Comedy in December 2014.

She signed to model with New York’s Women Management modeling agency in hopes of providing a platform to see more women of color in diverse roles in 2016.

ABC announced in 2017 that the actress would be headlining a Black-ish spinoff titled Grown-ish on its sister network Freeform. On January 3, 2018, the series premiered.

The actress was ranked one of the best dressed women in 2018 by the fashion website Net-a-Porter.

Moreover, the model was one of fifteen women selected to appear on the cover of the September 2019 issue of British Vogue by guest editor Meghan Duchess of Sussex.

Furthermore, she and her mother launched their production company 7th Sun in 2020 and signed a deal with ABC Studios to produce shows. Moreover, in the upcoming PeterPna remake Peter Pan & Wendy, he was recently signed as Tinker Bell.

The activist founded Eighteen x 18 with social news publisher Now This which will be a platform to encourage her peers to vote for the very first time in the upcoming midterm elections. Yara’s Club, a partnership with the Young Women’s Leadership Network (YWLN) of New York are er other organizations that provide online mentorship in hopes to end poverty through education.

Former first lady Michelle Obama noticed her activism and wrote her a letter of recommendation to Havard University. Moreover, in 2017, she was given an opportunity by Teen Vogue to interview Hillary Clinton.

Furthermore, she joined the Dior Stand with Women campaign in 2021.

Shahidi’s net worth is $1 million.