An American national, Courtney Tezeno is an American television host, producer, and content creator known for her role as the host of HGTV’s Cash in the Attic.

Tezeno has not disclosed her actual height measurement publicly. 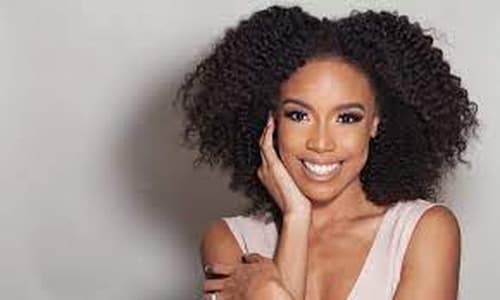 Tezeno has kept details about her parents and their identities private. She has also not revealed any information about possible siblings.

Tezeno is married to Jarrelle Lee,  a high-end beauty and fashion photographer. Her husband is the owner of Jarrelle Lee Studios. The pair got married in May 2021 after their engagement in December 2018. They started dating in 2013.

Courtney Tezeno Cash in the Attic

Tezeno is the host of HGTV’s series Cash in the Attic.  She teams up with a team of expert appraisers among them Jean David Michel, Elyse Luray, and Marvin Jules. The show will follow the team of experts as they sort through homes looking for classic toys, vintage comics, original video games, and other valuable items that pop culture treasures. After the items are collected, they are sold for top dollar at auction. The homeowners will then use the money made to fund life-changing dreams.

Tezeno co-hosted Close Up by E! News. According to Fact Files, she began her journalism career as an intern at Houston PBS at the age of 18. Later on, she joined KBIA Public Radio as a reporter. In addition, she worked as an anchor/writer at Newsy and as a general assignment reporter-fill-in anchor for KOMU-TV, an NBC affiliate.

Courtney is a co-host of the podcast Boss Lady Energy Podcast alongside Kristen Maughan and Nikki Hendry.

Tezeno estimated net worth is currently under review.