Rob Morgan is an American actor. He is best known for appearing in the Netflix series Daredevil, Jessica Jones, Iron Fist, The Punisher, Luke Cage, and The Defenders as Turk Barrett. He is the only actor o appear in six of Marvel’s Netflix television series. Also, he appeared in Mudbound as Jackson 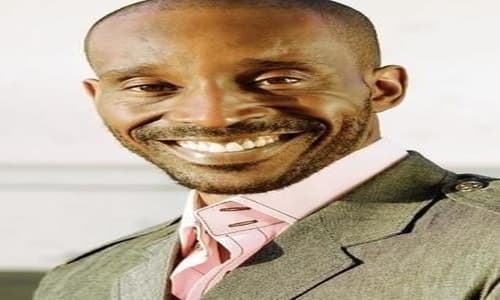 Morgan’s Parents’ and siblings’ details are currently under review.

Morgan has not made any public appearance with his girlfriend hence there are no details regarding his married, dating life as well as relationship.

In addition, Full Circle and Waltz for MOnica are films he appeared in 2013. In the American drama Shelter, he appeared as Franklin. The Challenger, Other Plans, Anesthesia, All Hale, and Early Light are his other films. In the historical drama film Mudbound, he is well known for his role as Hap Jackson. Fair Market Value, Brawl in Cell, Steps, and Block 99 are films he appeared in.

Morgan has appeared on television shows in addition to movies. The Photograph, Greyhound, Cut Throat City, The Last Black Man in San Francisco, Bull, Just Mercy, The Week Of, and Monsters and Men are also films he has appeared in. 30 Rock was his first series. He played the role of a cab driver in the American satirical sitcom television series.

Moreover, Evil, I, For Colored Boys, Redemption, Zero Hour, In Dice We Trust, and A Crime to Remember are television shows he has appeared as a guest on. His role as Turk Barrett in the American web television series Daredevil brought him into the limelight. Similarly, in the American science fiction-horror web series Stranger Things, he played Officer Powell.

2009 – 30 Rock as Cab Driver
2011 – Blue Bloods as Guy In The Crowd
2012 – Evil, I as Voice of the killer
2013 – A Crime to Remember as Nathan Delaney, For colored Boys, Redemption as Benjamin Boyd Sr., Zero Hour as Guest #1, The Married Bachelor as Dana Wallace
2014 – In Dice We Trust as Detective Riley, The Knick as Diggs Man, Person of Interest as Howard,, Believe as Parker
2015 – Unforgettable as Chief Tullen

2017 – Mudbound as Hap Jackson, FAIR Market as kwik-D, Wetlands as Sergeant Walker, Brawl in Cell Block 99 as Jeremy, Steps as Brian Coleman
2018 – Monsters and Men as Will Morris, The Week Of as Cousin Marvin
2019 – The Last Black Man in San Francisco as James Sr., Bull as Abe, Just Mercy as Hebert Richardson
2020 – The Photograph as Isaac Jefferson, Greyhound as Cleveland, Cut Throat City as Courtney
2021 – The United States vs. Billie Holiday as Louis McKay, The Unforgivable as Vincent Cross, Don’t Look Up as Dr. Clayton ‘Teddy’ Oglethorpe

Morgan’s net worth is $3 million.