Brooke Butler is an Emmy award-winning journalist currently working at WJCL 22 News as the Weekend Anchor/Weekday Reporter since January 2021. Prior to joining WJCL, she began her career at WMDT, the ABC affiliate in Salisbury, Maryland after internships in Savannah and Charleston.

Butler has not yet disclosed the year and month she was born due to the fact that she likes to keep her personal life private. Therefore, it is not known when the anchor celebrates her birthday.

Butler’s height is 5 feet 6 inches (approximately 168 centimeters). However, details about the journalist’s other body measurements and weight are currently unavailable to the public domain. 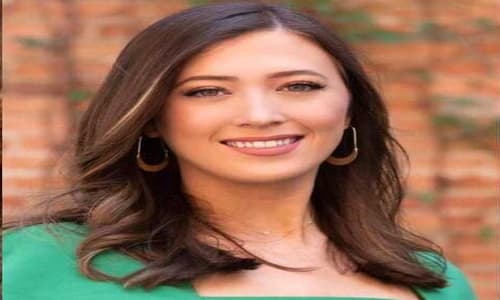 The anchor spent her childhood in many different parts of the country including three years in Toronto, Canada. Moreover, she has lived in Connecticut, Chicago, Virginia, New Jersey as well as South Carolina. In addition, she has one sibling, an older sister. However, details about Butler’s parents are currently under review.

It is not known if Butler is in any relationship or of her being in any past relationship with anyone due to the fact she is very private about her personal life.

Butler graduated with a degree in Communications and a minor in Spanish from the College of Charleston. Her older sister was attending SCAD, during Butler’s time in Charleston, so she spent many weekends visiting her in the Hostess City. She had internships at news stations in both Charleston and Savannah while in college. Additionally, the anchor is proud now to call Savannah home and be a full-time resident.

The Emmy award-winning journalist is currently working as a Weekend Anchor and Weekday Reporter for WJCL 22 News. Since January 2021, she became part of the team. Moreover, she served at the ABC affiliate in Salisbury, Maryland as a Reporter and Evening Anchor prior to joining the WJCL 22 News team. Additionally, she covered a variety of stories from investigative pieces to human interest pieces while there. Moreover, she was recognized with a regional Emmy award and two regional AP awards for her work.

The news anchor is responsible for contributing stories to the newscasts and approving all stories in the newscasts. Besides producing and creating ‘The Brightside’, she also updated the station’s social media accounts and website hosting the 5:30, 10, and 11 p.m. newscasts. Moreover, by interviewing, filming, editing and scriptwriting, she assisted the Nightside reporter. Additionally, she created packages for her reel and wrote VOSOTS.

You can expect to find her taking long walks exploring downtown Savannah, and visiting the Hilton Head and Tybee Island beaches when she is not serving. Moreover, she likes reading, doing puzzles, and playing with her shelter cat, Buttercup in her spare time.