Corey Daniel Stoll is an American actor best known for his role as Congressman Peter Russo on the Netflix political thriller series House of Cards for which he received a Golden Globe nomination in 2013. In addition, he is also famous for his role in the FX horror drama series The Strain as Dr. Ephraim Goodweather. 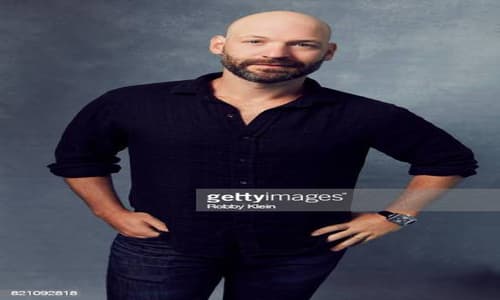 Stoll was born on the Upper West Side of New York City’s Manhattan borough to his parents Judith (mother) and Stephen (father). Moreover, the actor’s father co-founded The Beacon School. In addition, he was raised Jewish and has a sibling, an older brother.

In October 2014, Stoll became engaged to his girlfriend Nadia Bowers, an actress. Moreover, the couple married on June 21, 2015. In addition, in October 2015, they had their first child.

Stoll is a graduate of Fiorello H. LaGuardia High School of Music & Art and Performing Arts and studied drama at Long Lake Camp for the Arts from 1988 to 1992. Moreover, in 1998, he graduated from Oberlin College. Later, the actor enrolled in the Graduate Acting Program at New York University’s Tisch School of the Arts graduating in 2003.

In a Play for Intimate Apparel in 2004, Stoll received a Drama Desk Award nomination as Outstanding Featured Actor. Additionally, he appeared in several films including Lucky Number Slevin, North Country, the television film A Girl Like Me: The Gwen Araujo Story, Brief Interviews with Hideous Men, and Push. He appeared in Helena from the Wedding and Salt in 2010.

Moreover, as LAPD Detective Tomas Jaruszalski on the NBC police drama Law & Order: LA, he starred. In the 2011 Midnight in Paris, he played Earnest Hemingway. Because he is mostly bald, he wore a custom wig for the role. He joined the FX horror television series The Strain after House of Cards.

Furthermore, in the action film Non-Stop, he played Austin Reilly, an NYPD police officer in 2014. He also played Paul Altman in the comedy-drama This Is Where I Leave You. Moreover, in the film Dark Places, he playedBen Day. He also had a major role-playing Darren Cross, the villain in the superhero film Ant-Man. Later, he reimagined as the supervillain Yellowjacket. Moreover, he reunited with Woody Allen the following year playing gangster Ben Dorfman in his 2016 film Cafe Society. In addition, he played the wily Greek Warrior Ulysses in the Public Theater production of Troilus and Cressida in the summer of 2016.

Furthermore, in January 2019, it was announced that the actor would recur in the Netflix drama series Ratched. Moreover, he has portrayed Michael Prince, a rival to Bobby Axelrod in the Showtime series Billions since 2020.

Stoll’s net worth is $3 million.