Himesh Jitendra Patel is a British actor, singer, and musician. The actor is best known for portraying Tamwar Masood on EastEnders, a BBC soap opera. In addition, he also starred in the 2019 musical romantic comedy film Yesterday and the 2020 science fiction action film Tenet. 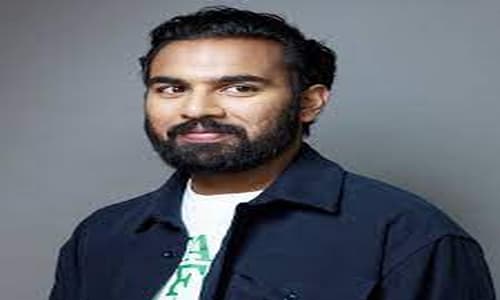 Patel was born in Sawtry, Cambridgeshire to his Gujarati parents. His parents are both Indians but were born in Africa. His father was born in Kenya whereas his mother was born in Zambia. Additionally, he has a brother named Dev.

Patel received a call through an agency in The Young Actors’ Company, on the day of GCSEs saying he had landed an audition for the British soap opera EastEnders when he was 16. His parents rushed him to the audition after he finished his last exam. October 1st, 2007 marked his first appearance on EastEnders after winning the part of Tamwar Masood.

Moreover, in EastEnders: E20 he has also appeared as Tanwar. He co-wrote episode one of series three in 2011. He filmed Tamwar Tales – The Life of an Assistant Market Inspector, the internet spin-off of EastEnders in 2013.

For nine years, he played Tamwar until he left the show in 2016. He left to explore other opportunities appearing in April 2016 last.

Since leaving EastEnders, he made his first appearance on TV on September 27, 2016, in the first episode of the Channel 4 sitcom Damned. Moreover, for 12 episodes in two six-episode series, he played ex-constable and social worker Nitin. He also appeared in Rapscallions (2016). Additionally, he was cast as Vagabond in 2017. In an episode of the BBC comedy Climaxed, he played Amit the same year. In the second episode of the comedy Motherland, he made a short appearance as Mr. Glencuddy.

In addition, in two Doctor Who audio series, he has been credited as a voice actor. In the feature film My Pure Land, he is credited as a producer (2017). Furthermore, in 2019, as Jack Malik in Yesterday, he made his film debut with his breakthrough role. Additionally, he appeared in The Aeronauts (2019). As Emery Staines, he was cast in The Luminaries. He also appears on the 2019 Children in Need album.

Furthermore, with What Larks Productions, he is working on his first original TV script. Moreover, he joined the cast of the HBO Max limited series Station Eleven in 2019. He appeared as Jordan Hatwal in the comedy series Avenue 5 in 2020. In addition, he appeared in the film Tenet as Mahir in 2020.