A native of New York, Born Michael Emmet Walsh, M. Emmet Walsh is an American actor and comedian. He has appeared in over 200 films and television series. In addition, he has also featured in dozens of major studios of the 1970s and 1980s small but important supporting roles.

Emmet Walsh M’s height is 5 feet 10 inches (approximately 178 centimeters). However, his weight is currently under review. 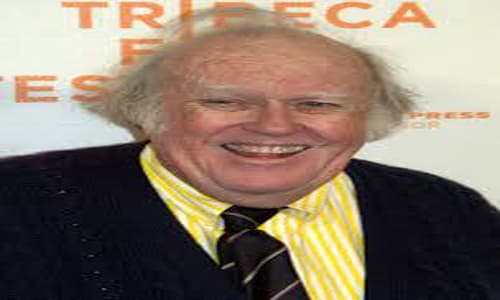 Emmet Walsh M. was born in Ogdensburg, New York to his parents Agnes Katharine (nee Sulivan, mother) and Harry Maurice Walsh Sr. (father). His father was a customs agent and he is of Irish descent.

Emmet Walsh M. was raised in rural Swanton, Vermont. Moreover, he graduated in 1958 with a Bachelor of Arts in Business Administration from Clarkson University. In addition, he was presented with the Golden Knight Award by the Clarkson Alumni Association in 1998.

The 1978 crime film, Straight Time brought Emmet Walsh M. into the limelight portraying the role of a parole officer. Moreover, in the Steve Martin comedy The Jerk, he had a small but memorable role as a crazed sniper. His role as Captain Harry Bryant in Ridley Scott’s cult film Blade Runner is one of his best-known roles. Additionally, the double-crossing private detective in Blood Simple (1984) was arguably his most acclaimed. This made him win the 1986 Independent Spirit Award for Best Male Lead.

Moreover, he was Tim Taylor’s father-in-law in his guest appearances on Home Improvement. In David Winning’s Killer Image in 1992, he appeared as a powerful U.S. Senator. In addition, he played one of the Krank’s neighbors on Christmas with the Kranks. On the Sandy Duncan Show in 1972, he appeared as Alex Lembeck, a motorcycle cop who appointed himself as Sandy Stockton’s chaperone and protector. Furthermore, in 1981, he appeared in Little House on the Prairie and also in an episode of the 1976 NBC drama series Gibbsville. In an episode of NYPD Blue, he appeared as a medical examiner with a grudge against Sipowicz, Dr. Joseph Kroft.

Additionally, the cynical small-town sportswriter Dickie Dunn in the iconic 1977 hockey film Slap Shot, and college diving coach in the Rodney Dangerfield film Back to School are some of the comedy roles he played.

1969 – Alice’s Restaurant as Group Sergent, Midnight Cowboy as Bus Passenger, Stiletto as Racing Partner
1970 – The Traveling Executioner as Warden Brodski, Little Big Man as Shotgun Guard
1971 – Escape from the Planet of the Apes as Aide to General Winthrop, They Might Be Giants as 1st Sanitation Man
1972 – What’s Up Doc as Arresting Officer, Get To Know Your Rabbit as Mr. Wendel
1973 – Kid Blue as Barber, Serpico as Chief Gallagher
1974 – The Gambler as Las Vegas Gambler, At Long Last Love as Harold
1975 – Crime Club as Harold, The Prisoner of Second Avenue as Joe
1976 – Bound for Glory as Husband, Nickelodeon as Father Logan, Mikey, and Nicky as Bus Driver
1977 – Slap Shot as Dickie Dunn, Airport 77 as Dr. Williams
1978 – Straight Time as Earl Frank
1979 – The Fish that Saved Pittsburgh as Wally Cantrell, The Jerk as Madman

1992 – The Naked Truth as Garcia, Killer Image as Senator John Kane, Equinox as Pete Petosa
1993 – The Music of Chance as Calvin Murks, Wider Napalm as Fire Chief
1994 – Cops & Robbersons as Captain Ted Corbett, The Glass Shield a Detective Jessie Hall
1995 – Panther as Dorsett, Free Willy 2: The Adventure Hoem as Bill Wilcox
1996 – A Time To Kill as Dr. Bass, William Shakespeare’s Romeo and Juliet as Apothecary
1997 – My Best Friend’s Wedding as Joe O’Neal
1998 – Twilight as Lester Ivar, Erasable You as Ralph Worth, Chairman of the Board as Freemont
1999 – Random Hearts as Billy, Me and Will as Dean, Jack of Hearts as Commissioner Menlo Boyce
2000 – Poor White Trash as Judge Pike

1981 – East of Eden as Sheriff Horace Quinn, Little House on the Prairie as Callahan
1983 – ABC Afterschool Special as Joe Lempke, Night Partners as Joe Kirby
1984 – AfterMASH as Samuel Lynn, The Outlaws as Warden MacDonald
1985 – The Twilight Zone as Peter, ABC Weekend Special as Rocco
1986 – The Hitchhiker as Detective Underhill, Resting Place as Sergent, Amazing Stories as GrandPa
1987 – Broken Vows as Detective Mulligan, Murder Ordained as Vern Humphrey
1989 – Brotherhood of the Rose as Hardy, Tales from the Crypt as Jonas
1990 – True Betrayal as Clyde Wilson, The Civil War as Various(voice), The Flash as Henry Allen