Paul Edward Valentine Giamatti is an American actor and producer best known for his breakout role in Private Parts (1997) as Kenny “Pig Vomit” Rushton. This led to him playing more supporting roles such as Sergeant William Hill in Saving Private Ryan (1998), Bob Zmuda in Man on the Moon (1999), John Maxwell in Big Momma’s House (2000) as well as Marty Wolf in Big Fat Liar (2002). 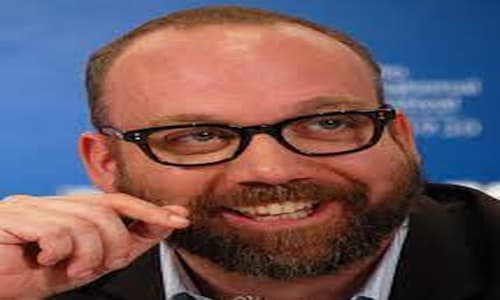 Giamatti was born in New Haven, Connecticut to his parents Angelo Bartlet (father) and Toni Marilyn (mother). In addition, his father was a Yale University professor who later became president of the university and commissioner of Major League Baseball. His mother was a Hopkins School English teacher, a homemaker, and had previously acted. Moreover, he is the youngest of three children.

Giamatti attended The Foote School. Later, he graduated from Choate Rosemary Hall in 1985. Moreover, he was active in the undergraduate theater scene and working with fellow actors and Yale students Ron Livingston and Edward Norton at Yale. In addition, he graduated with a bachelor’s degree in English In 1989. Later, he went on to earn a Master of Fine Arts degree from the Yale School of Drama. He performed a stint from 1989 to 1992 with Seattle’s Annex Theater and in numerous theatrical productions including Broadway.

The actor’s first high-profile role was in the film adaptation Private Parts as Kenny ‘Pig Vomit’ Rushton. Moreover, he appeared in The Truman Show, The Negotiator, Saving Private Ryan all in 1998. He played Bob Zmuda in Man o the Moon in 1999. He was also featured in many other major studio releases.

The actor has commented on the fact that he often plays Jewish characters but is almost never cast in Italian American roles. Furthermore, the actor was asked by The Brooklyn Academy of Music its 2007 BAM Cinema Club Chair to pick films for an eight-movie series called ‘Paul Giamatti Selects’ and in August and September, 2007 was shown the Academy. According to a writer for New York Times, the actor’s selections indicated a taste for paranoia and the darkest dark comedy. They include; Dawn of the Dead (1978 version), Seconds, Invasion of the Body Snatchers (1978 version), Frenzy, Dr. Strangelove, The Big Clock, Brewster McCloud as well as the Seventh Victim.

Giamatti’s net worth ranges between $25 million and $30 million.