Rob Nelson is an American journalist who is a weekend morning anchor and weekday reporter at WABC-TV. Nelson grew up in southern New Jersey and he graduated from the University of North Carolina at Chapel Hill with degrees in journalism and political science.

Nelson is a married man. His wife is known as Jenny Hurwitz. The couple has one child, a son named Gabe. Their son Gabe, was born around, October and November 2019.  Nelson revealed that he would be leaving Eyewitness News saying; “Becoming a father has shifted my perspective and priorities, and now feels like the right time to move on after six years with the station.” 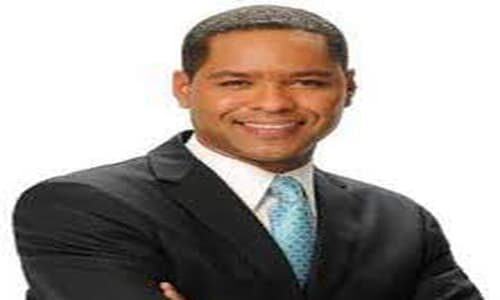 Nelson worked seven years for the New Orleans newspaper The Times-Picayune. He left to become a morning anchor for WWL-TV in that city in June 2007.

Nelson joined WABC-TV in January 2014, as co-anchor of the weekend morning newscasts, succeeding Phil Lipof. He announced he would be leaving the station on February 24, 2020, to pursue other interests. Therefore, after leaving the station, he went to Chigaco, where he helped Nexstar Media Group launch NewsNation for its national station WGN America.

Nelson earns an average salary of  $60, 000 annually at WABC. He has an estimated net worth of around $1 million.

MY EMAIL TODAY ANNOUNCING MY DEPARTURE FROM CHANNEL 7: