Sasha Hurtado is an indie/pop singer and songwriter from Paulding County, Ga. She is widely known for participating in season 22 of the NBC reality singing competition show The Voice. The show is mentored by Blake Shelton, John Legend, Gwen Stefani, and Camila Cabello.

Hurtado was born on December 2, 2003. Therefore, she is 18 years old as of 2021 and celebrates her birthday on 2nd December every year.

Hurtado was born in Dallas, Georgia to her loving parents Aimee Carter (mother) and Gato Ramos (father). In addition, her mother served in US Air Force. Moreover, Sasha has one sibling, a brother named Landon who is a pilot. Furthermore, the singer says that her family is the biggest support in her music journey.

Hurtado began singing when she was young and started taking voice lessons at age 9. Moreover, Sasha grew up singing in her hometown New Salem Church performing with the adult praise and worship team by the time she was 12. Additionally, in a May interview with Town Square Lifestyle Magazine, the singer says that leading worship played a big role in helping her become comfortable performing in front of a crowd. She adds that she used to have really bad stage fright.

Moreover, the Voice contestant has been performing around Georgia ever since landing her first gig outside the church at the age of 14. Additionally, she plays guitar.

Furthermore, Hurtado released her debut single, the catchy “Mr. No Good Guy” in 2020. Moreover, Sasha followed that up in January 2021 with the heartfelt “First” -a song she wrote about a woman waiting for someone who will put her first. In addition, Hurtado says that she’s been working on more original music.

Moreover, Sasha told Lifestyle Magazine that Adele was one of her early inspirations. Besides, Hurtado’s favorite covers to perform include “Billie Jean,” ‘Doin’ Time,” “Going to California,” “Linger,” and “Champagne Supernova.”

Hurtado is one of the contestants of the 22nd season of the NBC reality singing competition show The Voice. The show is mentored by judges Blake Shelton, John Legend, Gwen Stefani, and Camila Cabello. In addition, the show premiered on September 19, 2022, on NBC.

Besides, according to her website bio, Sasha also auditioned for The Voice before. The singer was selected for the final executive callback in L.A. for season 14 in 2017 at age 13 and in 2019 for season 18 at age 15.

Sasha is active on Instagram under the handle @sashahurtadomusic with over 3.2k followers as of September 2022. 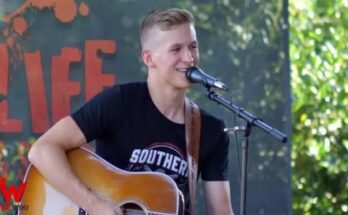 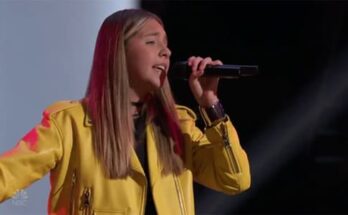 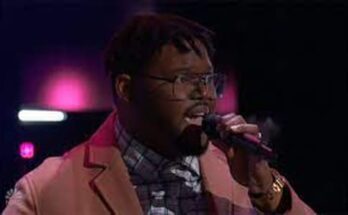