Zach Erdem is a Turkey-born restaurant business owner who has been in the business for 11 years and is currently known to rule the East End. He is the 75 Main owner. Additionally, he owns a restaurant group that runs Blu Mar, AM Nightclub, Summer House Nightclub Lounge, and Harpoon House hotel. The 75 Main owner will be leading his staff in the Discovery+ reality TV series ‘Serving The Hamptons’ which premieres on April 7, 2022.

Erdem was born in 1982. Therefore, the entrepreneur is 40 years old as of 2022. However, Zach has not disclosed his exact date and month of birth thus it is not known when he celebrates his birthday. 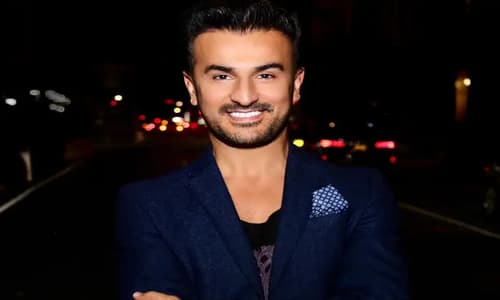 Erdem was born in Turkey to his parents. However, the reality star keeps his personal life lowkey thus he has not disclosed his parents’ identities. Moreover, he has six brothers.

Erdem is an entrepreneur and the owner of Restaurant 75 Main, Buddha Lounge Hamptons, Harpoon House Hotel, and Blu Mar. In addition, he also owns. The reality star came to New York City in 2002. Moreover, Zach moved to Southampton where he got a dishwashing job at 75 Main. Erdem worked his way up to being a bartender but left soon after. Moreover, he started working in another restaurant named Nello as the manager. However, he got fired in 2010. This was when Zach found out that 75 Main was up for sale. The reality star took the risk and it paid off. Moreover, Erdem built 75 Main into an iconic restaurant and gained the title of ‘The Main Main in Southampton’.

Not only did the restarant gain popularity among locals, but many celebs visited the eatery. The Kardashians, Real Housewives cast members, as well as multiple A-list socialites and celebrities have dined at the restaurant. Moreover, President Joe Biden ate there when he was the VP of former president of Barrack Obama.

Similarly, the Turkey-born reality TV star has over 11 years of experience, and his journey toward ruling the East End started when he left the mountains of Turkey. However, Erdem was raised poor in his hometown and worked as a shepherd. He told Dan’s Paper that he had been a shepherd in the mountains with the animals all day long, 7 a.m. to 7 pm.

Erdem will lead his staff in the new Discovery+ reality series which premieres on April 7, 2022. It is Five one-hour episodes that will be published simultaneously.

Erdem is active on Instagram under the handle @zacherdem with over 103k followers as of the writing of this article.

Erdem’s net worth is $5 million.