Paul O’Leary is a designer and entrepreneur well known as the founder of deVOL Kitchen, a UK-based design led furniture manufacturer. He is also the founder of Floors of Stone Ltd and Shreddies Ltd.  He is on Discovery + Network’s show For The Love of Kitchens.

O’Leary is 57 years old as of August 2021. He was born in November 1963. The entrepreneur will turn 58 years old in November 2021. His exact birthday details will be updated once available.

O’Leary stands at a height measurement of 5 feet and 9 inches. (Updated) 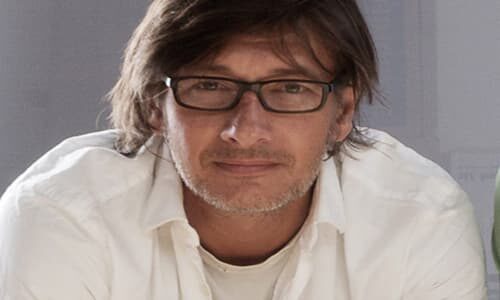 The entrepreneur, Paul is born to his father Michael John O’Leary, who was born on 28th November 1931. His father grew up in India and later served in the military in England. Michael John O’Leary passed away on 28th April 2017 at the age of 85 and was buried with full military honors. His mother’s identity is under review.

O’Leary is in a long-term relationship with his partner and co-worker Helen Parker. He describes her as the love of his life.

O’Leary graduated from the University of Loughborough in 1987, where he studied Industrial Design. (Updated)

Paul O’Leary For The Love of Kitchens

O’Leary will feature in Discovery + Network’s series For The Love of Kitchens that will air premiere on August 6, 2021. He will be joined by Helen Parker and Robin Mclellan and a team of other skilled people, that will help their clients get their dream kitchens.

The entrepreneur, O’Leary ‘OL’ partnered with his friend Phil deVries ‘dev’ and formed deVOL which is an amalgamation of their initials, in 1989. After 10 years, Phil left deVOL and bought an olive grove in Portugal. 10 years later and in 2011, Robin Mclellan became his new partner and the Managing Director of deVOL. From 2004 to 2006, Paul received a commendation in The Kitchen Designer of the Year Awards. His Company deVOL received Best Kitchen Supplier Homebuilding and Renovating Awards-2020 and 2021.

He formed Floors of Stone Ltd in 2008, a firm that sells flooring that complements deVOL’s furniture. In 2008, he founded Shreddies Ltd which retails underwear and other healthcare garments.

Paul owns 90% shares of deVOL Kitchens. He has amassed a huge fortune through years of entrepreneurship. His estimated net worth is currently under review and will be updated soon.

Paul has an Instagram account @devolpaul. With close to 6k followers and over 200 posts, he mostly showcases his artistic side, love for design, and family.