Born Sofia Christine Wylie, Sofia Wylie is an American actress and dancer popular for her roles as Buffy Driscoll on the Disney channel comedy-drama series Andi Mack. She began her carer as a dancer. 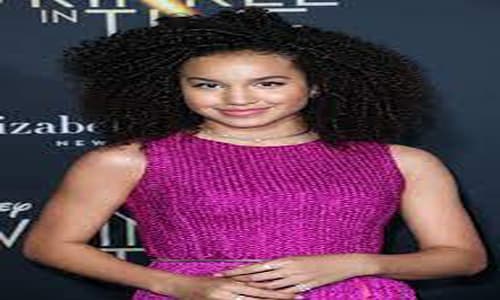 Wylie was born to her parents Chris and Amy in Scottsdale, Arizona. She grew up in Tramonto. Her mother is a housewife and her father is a businessman by profession. In addition, she has an older sister, Isabella “Bella” who appeared in the Chopped Junior episode and won.

Wylie schooled at a local high school in Arizona, United States. Later, she enrolled herself at a local private college in Arizona and currently pursuing her graduation. She did her professional training in acting at Second City Training Center in Hollywood, California. Moreover, at the age of 5, she started dancing.

So You Think You Can Dance

Wylie made appearances on So You Think You Can Dance in 2011 and 2016 at the start of her career. Moreover, in 2015, she also appeared in America’s Got Talent. Also, on Justin Bieber’s Purpose World Tour, she performed. Additionally, while filming Andi Mark in 2017, she started the interest-based 4K Dance series with Utah dancers. She started Dancing with Sofia Wylie, an IGTV educational dance series in 2019.

In addition, her first major acting role as Buffy Driscoll was announced in 2016. She was the main character and one of Andi’s best friends on the Disney Channel series Andi Mack. In the 2019 Australian film, Back of the Net, she made her film debut as Cory Bailey. This film was aired on Disney Channel in the United States and had a theatrical release in Australia. Side by Side was her first single debut for Marvel Rising: Chasing Ghosts in January 2019. In the animated TV movie Marvel Rising: Heart of Iron, which was aired on Disney XD, she voiced the role of Riri Williams. Moreover, in season 3 of Spider-Man, and Marvel Rising: Battle of the Bands, her role was reprised.

She was cast as Gina Porter in the Disney+ series High School Musical: The Musical: The series on 15th February 2019. This was available for launch in November of the same year. Furthermore, it was announced in August that she would star as Mia in Shook, a short-form web series that premiered on the Disney channel’s YouTube channel in September.

The Fall of Innocence

Additionally, she launched a production company, AIFOS in March 2019. It is set to adapt Jenny Torres Sanchez’s novel, The Fall of Innocence as its first project. She signed with United Talent Agency in June 2019.

The School for Good and Evil

Moreover, it was announced in December 2020 that she would star alongside Sophia Anne Caruso in the Netflix fantasy film, The School for Good and Evil. It is an adaptation of the book series by Soman Chainani and she played the role of Agatha.

Wylie’s net worth is $2 million.