Born Sabrina Annlynn Carpenter, Sabrina Carpenter is an American actress and singer. The television series The Goodwin Games brought her into the limelight with her recurring role as the young version of Chloe Godwin. Also, she made her acting debut with an appearance in the crime series Law & Order. 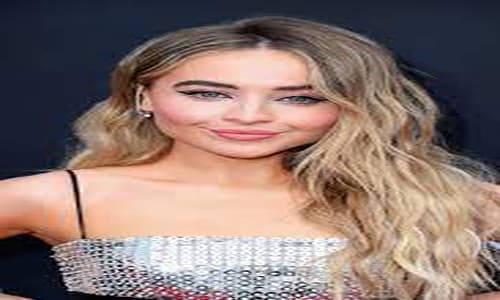 Carpenter was born to her parents David and Elizabeth. She was raised alongside her three older sisters, her half-sister Cayla, Shannon, and Sarah. Additionally, actress Nancy Cartwright is her aunt.

Carpenter was homeschooled and began her singing at the age of 10. Her father built a purple recording studio for her to fuel her passion for music and she post her videos on YouTube.Furthermore, she placed third in a singing contest titled The Next Miley Cyrus Project run by Miley  Cyrus.

Moreover, in the Disney Channel series Austin & Ally, she was cast in a guest role as Lucy Gluckman. On a music competition show, she played a young nerd who was insecure about herself. This was until Ally and Austin turned her into a beautiful singer and only appears in the episode “Moon Week & Mentors”.

In the Disney Channel series Girl Meets World, a spin-off of Boy Meets World, Carpenter was cast as the rebellious Maya Hart. It debuted on 27th June 2014. This was after the Disney Channel Original Movie Zapped. Moreover, with co-star Rowan Blanchard, she sings the theme song to the show “Take On the World”. Additionally, she released a four-song EP, Can’t Blame a Girl for Trying on 8th April 2014. She released Eyes Wide, her debut album in 2015.

The single Smoke and Fire was released by Carpenter in February 2016 and in July another single titled, On Purpose. She announced that she would be headlining her first tour as she announced her second studio album, EVOlution. It was a promotional tour of the album. All We Have Is Love, Run and Hide, and Thumbs are the three singles released in the three weeks leading up to the album. The tour began a week after the album was released on October 14, 2016.

She collaborated with the Vamps and Mike Perry on the single Hands when she went on tour opening for The Vamps in the UK in May 2017. In addition, during Ariana Grande’s Dangerous Woman Tour at the end of June 2017, she opened in Brazil for her. On July 6, 2017, she began her second headlining tour in North America and released the single “Why” on July, 7,2017. Moreover, on October 13, 201, she was featured on “First Love’, Lost Kings single.

On 16th March 2018, Carpenter released the single Alien in collaboration with Jonas Blue. The release of Almost Love followed on 6th June 2018. The announcement of her next album, Singular, preceded the single’s release. Her song Lie for Love was her contribution to the soundtrack of the Netflix movie Siera Burgess Is a Loser. Additionally, in the movie The Hate U Give, a movie adaptation of a 2017 novel by Angie Thomas, she played Hailey. In the 2019 independent movie The Short History of the Long Road, she played Nola.

Furthermore, on 22nd October 2018, she announced on social media that Singular would be released in two acts. The first act was to be released on 9th November 2018 and Act II coming soon. To promote both acts of the album, she embarked on The Singular Tour in March 2019. Moreover, Pushing 20, and Exhale songs were released on the tour. Exhale was released on 3rd March 2019 and Pushing 20 on 8th March 2019.

In addition, on Allan Walker’s single On My Way released on 21st March 2019, she was featured. On July 19, 2019, Sinulat act II was released. In My Bed and I’m Fakin were two more singles that were released leading up to the album’s release. Moreover, in the Netflix romantic comedy Tall Girl, she played Harper Kreyman.

On 14th February 2020, Carpentersurprise-released the single “Honeymoon Fades” to coincide with Valentine’s Day. In addition, in March 2020, she made her Broadway debut as Cady Heron in Mean Girls. She was a star in the 2020 films Clouds and Work It. Moreover, in the upcoming movie, The Distance from Me to You, she is slated to star. Alongside Danielle Fishel, she will serve as an executive producer. Additionally, she appeared on several songs for films and Tv soundtracks throughout 2020. They include; Let Me Move You from Work It, Perfect Song from Royalties, and four songs from the Clouds soundtrack.

Her first proper single titled “Skin” was released on 22nd January 2021 in nearly a year. It was her first after signing with Island Records.

Carpenter’s net worth is $4 million.